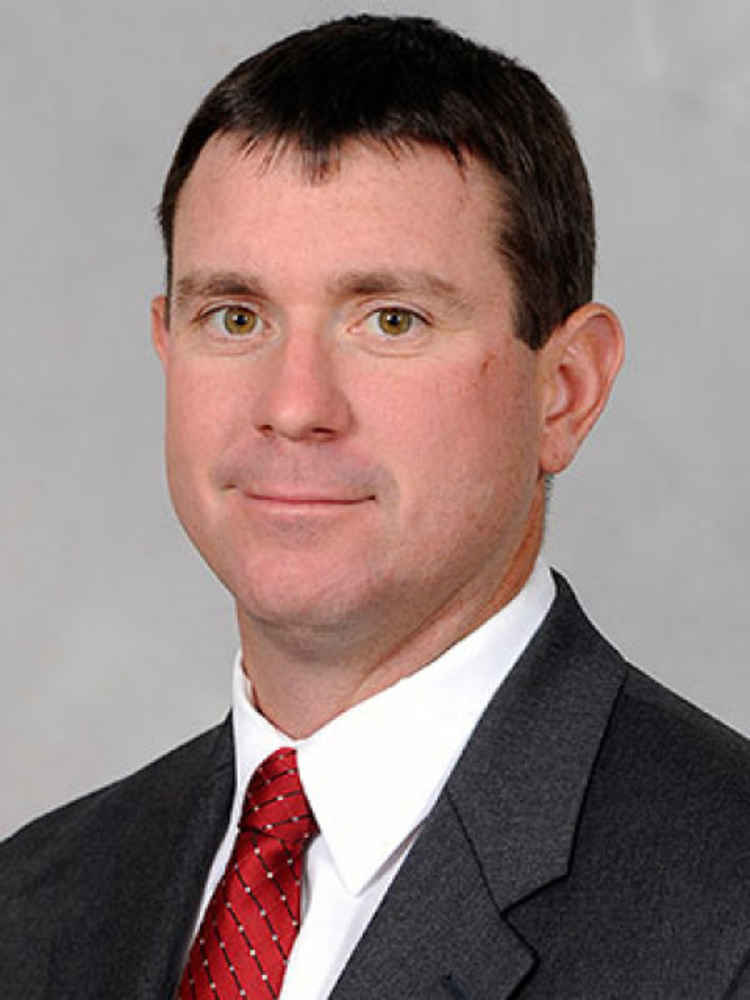 J.L. Reppert joined the University of Maryland men's lacrosse coaching staff as an assistant coach in August 2014, primarily working with the offense.

Reppert was the architect of a revamped Maryland offense in 2016 which scored its most goals and tallied its most assists in a season since 1998 en route the NCAA championship game. Maryland's 2016 offense was particularly potent in its six postseason games, averaging 14 goals-per-game.

Indiviudally, the 2016 Maryland offense had three 50-point scorers (Matt Rambo, Colin Heacock, Bryan Cole) and two 40-goal scorers (Rambo, Heacock) for the first time since 1998, as well. Rambo became the first player in Maryland history to record 40 goals and 30 assists in a season. Cole (1st), Rambo (2nd) and Heacock (HM) each earned USILA All-America honors, with Rambo becoming the third player in Maryland history to achieve 75 points in a season.

In two seasons as the offensive coordinator, J.L. Reppert has helped the Terps advance to the National Championship game back-to-back years.

Reppert came to College Park after spending the prior three seasons as an assistant coach at Navy. Reppert helped improve Navy's shooting percentage immensely, jumping from 28th (.280) to 13th (.311) over the course of his first season in Annapolis.

Under Reppert’s tutelage, Midshipmen Tucker Hull and Sam Jones became only the fourth set of classmates in Navy history to reach 100 points. Jones finished his career with 144 points, while Hull ended his career with 135. The 279 points combined are the most ever for a pair of graduating classmates at Navy.

Prior to returning to the Naval Academy, where he was a four-year starter at attack for the Navy lacrosse team from 1996-99, Reppert was the senior assistant coach/offensive coordinator at Washington College in 2011 under head coach Jeff Shirk, a 2000 Maryland graduate.

Reppert was an assistant coach at Harvard for Tillman during the 2009 season. In Reppert’s one season with the Crimson, Harvard posted its most victories since 2002 by winning eight games, including a 9-6 victory at No. 5 Duke to open the season. The Crimson earned five All-Ivy League selections and garnered seven nods to the NEILA All-New England team.

As a senior at Navy, Reppert helped lead the Mids to an NCAA Tournament berth in 1999. He was voted team captain by his peers as a senior and was also the recipient of the Vice Adm. E.C. Waller Award, which is presented to a Navy lacrosse player for spirit, morale and dedication to the program.

Reppert graduated from the Academy with honors in 1999, earning a bachelor of science degree in political science, and was commissioned a second lieutenant in the Marine Corps. He went on to graduate from the Naval Postgraduate School in Monterey, Calif., in 2004, earning his M.B.A in finance and was a Conrad Scholar.

From 2000-03, Reppert was stationed at Marine Corps Air Station Miramar as a finance officer. He was promoted to Captain in 2004 and began working in the Programs and Resources Department at Headquarters Marine Corps as a Congressional Liaison. After serving nine years in the Marine Corps and achieving the rank of Captain, Reppert left the corps to begin his coaching career.

Along the way, Reppert held high school assistant coaching jobs at St. Albans (D.C.), Episcopal (Va.), Gonzaga (D.C.), Robert Louis Stevenson (Calif.) and Poway (Calif.). He has also served as the manager of Champions Field House in Rockville, Md., and as founder and partner in Breakout Lacrosse Company, based in Washington, D.C.